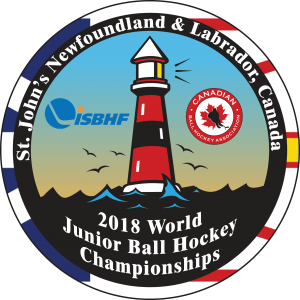 CBHA President Steve Powers stated, “We are very proud that Canada will be the Host Nation for the 2018 ISBHF World Junior Ball Hockey Championships.”

Says Paul Barron, of the NLBHA, “ Newfoundland and Labrador Ball Hockey Association is proud to be the host Province for this prestigious event. This is a great opportunity for our province just like it is for the many players who will be travelling to represent their respective countries. We look forward to celebrating this amazing week of ball hockey in St. John’s with the players and fans”.