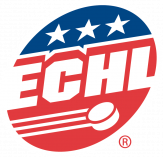 Its official, St. John’s, NL will be joining the ECHL with an expansion team known as the NL Growlers.

The St. John’s team will be owned by Deacon Sports and Entertainment, an entity controlled by Dean MacDonald. Glenn Stanford, the long-time President of the City’s American Hockey League franchise, will oversee operations. The expansion team for St. John’s was approved by the ECHL board on March 13, 2018. The St. John’s franchise will now work towards finalizing its affiliation agreement with the Toronto Maple Leafs.

“Both Glenn and I are ecstatic that professional hockey is coming back to St. John’s. We believe that hockey fans in our city will welcome this great product,” says Dean MacDonald, Chair of Deacon Sports and Entertainment. “We look forward to working with Edge owners Irwin Simon and Rob Sabbagh, along with the City, to bring two amazing sports entities together. This strong partnership will elevate professional sports in Newfoundland and provide many nights of actionpacked entertainment for the community.”

“We are excited about being part of the St. John’s community with the success of The Edge Basketball team. We are equally excited to now play a role in the new hockey team and ultimately running Mile One and the Convention Centre.” says Rob Sabbagh, Co-Partner, Atlantic Sports Enterprises. “We want to thank the Mayor, Council and St. John’s Sports and Entertainment and Management for their support. We look forward to working with Glenn and Dean on these projects.”

Simon and MacDonald acknowledged the role that Mayor Breen has played in bringing both parties together over the last couple of weeks to secure the partnership.

“The City has been actively working with both parties over the past few months in pursuing this agreement and we are very pleased to have a memorandum of understanding in place with two excellent partners that will see hockey, basketball and many new event opportunities for Mile One,” says Mayor Danny Breen. “As indicated in the MOU, we will now have the opportunity to work towards a management agreement for the buildings which we hope will attract even more events and lower the cost to taxpayers while creating economic benefit for the downtown.”

“We are pleased to welcome St. John’s to the ECHL,” says ECHL Commissioner Brian McKenna. “The city has a long and proud hockey history and, along with the Maine Mariners, will be strong additions to our North Division.”

Began in 1988-89 with five teams in four states, the ECHL has grown into a coast-to-coast league with 27 teams in 21 states and one Canadian province for its 30th season in 2017-18. There have been 640 players who have gone on to play in the National Hockey League after starting their careers in the ECHL, including 17 who have made their NHL debuts in the 2017-18 season. The ECHL has affiliations with 26 of the 31 NHL teams in 2017-18, marking the 21st consecutive season that the league had affiliations with at least 20 teams in the NHL.