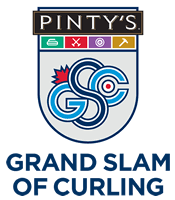 Some of the best curlers in the world, including the reigning world champion, will be in Conception Bay South next season for a Pinty’s Grand Slam tour stop.

The Boost National, featuring a total of 30 men’s and women’s teams including the Brad Gushue Rink, will take place at the CBS Arena in Kelligrews from December 11-16, with teams competing for a combined purse of $250,000.

Mayor Terry French says the town is excited at the prospect of hosting the tournament at their new state-of-the-art arena.

Paradise hosted a Grand Slam a couple of years ago at its new Double Ice Complex, a tournament which attracted big numbers of fans.

Sportsnet President Scott Moore says their network is more dedicated than ever to the sport of curling.

Find information on the Pinty’s Grand Slam of Curling, and check out 2018-2019 schedule at this link.